Private companies, too, can be fighting for a good cause (An example of Dekonta in Moldova)

Posted on October 16, 2019 by Media about Development

Non-governmental organizations (NGOs) are the only effective bodies that implement development cooperation projects. This is a common assumption. However, it is not entirely true. While NGOs have an irreplaceable role in the field of development, private companies can also have a big contribution. With the example of Czech company Dekonta – implementing development cooperation projects in Moldova, this article will describe how.

The Deconta was established in 1992 . It is a private Czech company with a global presence. Over the years it has become one of the leading companies in Central and Eastern Europe, offering tailor-made solutions to the environmental challenges and issues.

Since 2009 Dekonta has been clearing the waters of municipalities of Lunga and Mărculeşti in Moldova. The majority of the people in those regions rely on the ground water. However, it has been contaminated with petroleum compounds ever since the Soviet era. Needless to say, the water did not only smell of petroleum, which made it unsuitable for direct consumption but was also a major health threat for the people using it for irrigation.

Changing the minds of the people one step at a time

While the water with a distinguished smell is undrinkable and there are no people, who would argue that; there were some contaminated areas without visible signs of pollution, which led to locals becoming suspicious and sometimes even reluctant to accept the project of decontamination. In those areas it was particularly challenging to raise awareness and to convince the people that the clean up activities were needed.

However, through patience and persistence of the project manager, Martin Polak, people were convinced and no longer saw Dekonta as an intruder from the outside. They now percieve it as a partner and appreciate the work that the company is doing in their region.

Private companies, too, can be fighting for a good cause. To the students from the Department of Development and Environmental Studies at Palacky University in Olomouc, Czech Republic, who went to Moldova on a field trip it was obvious from the first glance.

Moldova is one of the program beneficiary countries that receive support from Official Development Assistance from the Czech Republic. Dekonta’s projects are also financially supported by Czech Development Agency – CzechAid. It is very constructive to the development of the region that the people, who live there, now see Dekonta as a benefactor.

Inspiring the local governments to bring about change

Convincing the people that their health is at stake is one side of the coin and that was not enough. The government officials needed to be convinced too. As Victor Vasiljevic Migic, the head of the Marculesti airport, told the students from the Czech Republic, he was not quite sure that the water needed to be cleaned up as well. He was suspicious of the project and thought it was a waste of money. Now he is one of the biggest advocates. 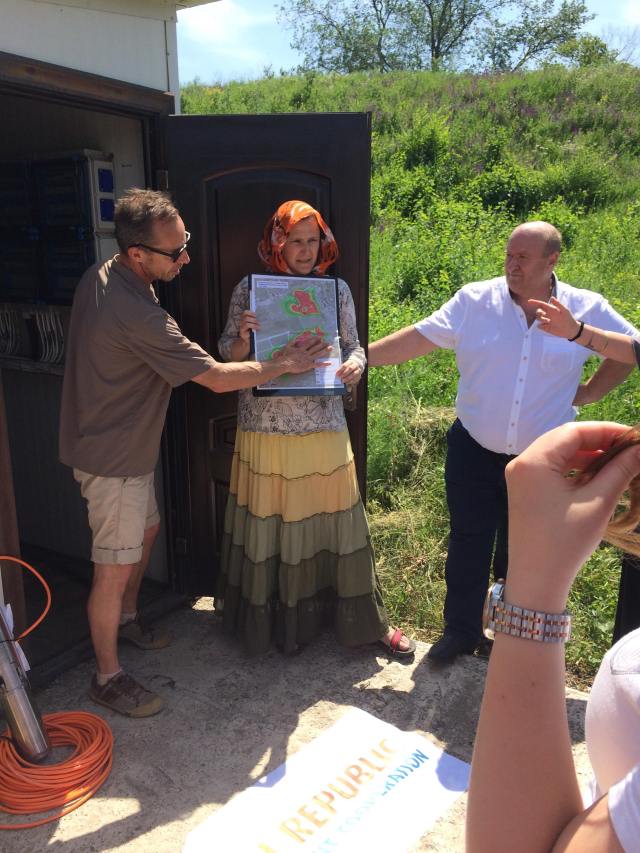 Once the project was put to work, he has seen how much petroleum there was in the water and realized what health hazards that could bring to the people. This leads to wonder: if there was no visible pollution, how would the situation unfold?

After the fall of the Soviet Union, there were no laboratory analyzes of the contaminated area. The people evaluated the water accordig to smell. Once, they realized that it was contaminated, the recommendation from the government was to take kerosene and dispose it. The locals pumped it from their wells and sometimes sold it on the market. It is said that some villagers “mined” up to 1 ton a day. Their ‘mining’ process, however, was not as efficient and did not guarantee pure water. Ever since Dekonta started working in the region, the water became purer, but it is unknown when it will be completely purified.

Martin Polak, said: “Since no one knows how many liters or tons have leaked to the water and soil, it is hard to say how much remains to be removed. We estimate up to 100 tons. Dekonta has been working here ten years so far and we ourselves have removed about 40 tons to this day.”

Ecological problems rooted in the Soviet past

Soviet Union has indisputably left a vast legacy behind. The majority of studies seem to be focused on its legacy in political, economic or even cultural field. Ecological legacy, however, also plays a big role, as one could see from the article above.

The world is very interdependent: the Soviet pilots did not get educated about ecology because their country was more focused on establishing dominance and reinforcing their sphere of influence in the context of the Cold War. Therefore the pilots thought the best way to discard the airplane petroleum was to dump it into the ground. This lack of education has brought to people having to use contaminated water up to present day. This leads to health problems and therefore hindering the overall development of Moldova as a country. 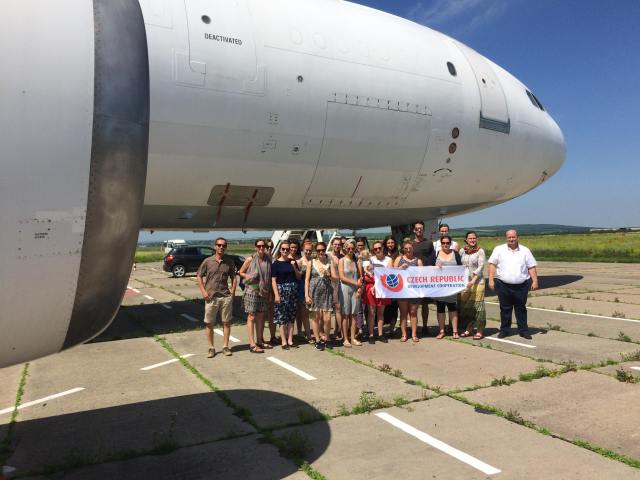 The interdependency of the world also means that Dekonta, even though being a business enterprise, is furthering the development of Moldova and especially the municipalities of Lunga and Mărculeşti, no worse than could be an NGO, aimed directly at development or ecological support of those regions.

This particular encounter has taught the students from Palacky University, that in order to aid development, one does not have to work or look for an NGO or a governmental organization. Businesses, too can do that job.

Written by: Daria Riabinovitsch – IDS student at the Department of Development and Environmental Studies of Palacky University in Olomouc, Czech Republic.

Note: The article and the entire field trip is a part of the DevEd project ‘Development Cooperation First Hand’, supported by Czech Development Agency (ČRA).