Posted on October 21, 2013 by Media about Development

How was the second week of our internship in Chicago? Full of meetings, de)briefings and direct actions – towards social changes. What an interesting dynamics within ‘Chicago Coalition for the Homeless’.

My host organization: Chicago Coalition for the Homeless (CCH) is focused on ending of homelessness through advocacy and community organizing (not through providing services – traditional way of social work). It was set up in 1980 and up to this day it’s known organization – thanks to its work, the results and actions. There are former prostitutes, trafficking people, homeless people, immigrants’ youth etc. – among the leaders, organizers and members of CCH (very interesting mix of people together, with the common self-interest). There are five departments: Department of Advocacy and Public Policy, Law department, Community organizing department, Administration department and Development department.

Probably the most famous CCH project was connected to coalition ‘Sweet Home Chicago’ that consisted of 12 community groups and unions (CCH was big part of it). They were able to build support for a city ordinance to commit up to 20% of tax-increment financing funds to create affordable housing for vulnerable/poor families, including foreclosed houses and apartment buildings. But there are much more areas and projects going on now – as a part of CCH agenda. 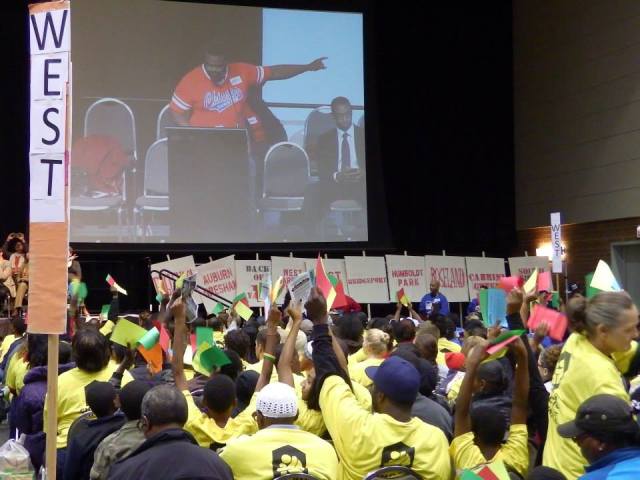 On October 15, me and my European co-fellows took an action and joined almost 3 000 Chicagoans in the fight to take back the jobs, schools, housing and safety net. Together with almost 200 co-workers, organizers and leaders from CCH we attended the event: “Take Back Chicago!” in UIC Forum at 5 pm. We were supposed to come at 3 pm and help the organizers from the core organizations ‘Grassroots collaborative’ & ‘Stand up! Chicago’ to set up the room and distribute printed materials about the event (the program, two letters, three colorful papers as voting tools).

At this event about 35 organizations called for affordable housing, fair taxes, increasing of minimum wage, stop of public schools’ closing. Majority of the main hall of UIC Forum (fast-food and supermarket workers etc.) declared that a salary: 8,5 USD/per hour is not enough for living in dignity…

The fellows Annamaria (Hungary) and Laura (Romania) joined me and my colleague from Romania (Lia) and together we took a lot of photos during the rally. Being present during the preparation of program, planning the agenda and setting up the room is very important for community organizer – to use the power of people, to have a control of event and to push the guest-speakers (politicians on hot seat on the stage) to make right decisions. It was inspiring rally – full of courageous people. 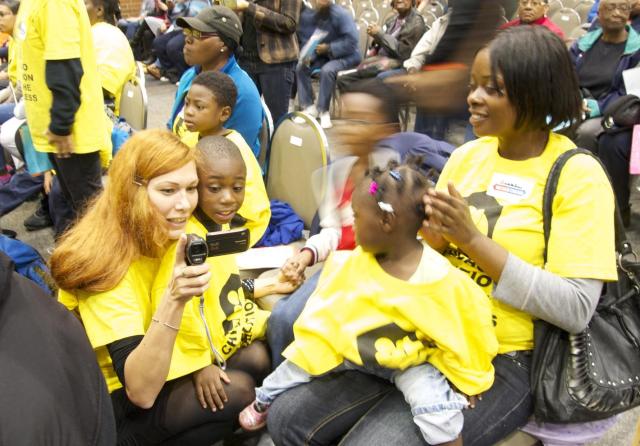 Over the past year and a half, housing and social service advocates (CCH people) in Chicago have worked quietly to tackle a controversial issue — easing CHA’s long-standing restrictions on residents with criminal records. They formed a Re-entry committee, drafted a pilot program and found a sympathetic ear at the very top of the Chicago Housing Authority (CHA) — Charles Woodyard, who just last month committed to keep meeting with them about the idea.

On October 17, the members of Chicago Coalition for the Homeless (CCH) decided to take a direct action and visit the Chicago Mayor’s office. We joined the group of CCH advocates in order to deliver the letter to Rahm Emanuel’s office — to request a meeting about the proposed CHA Re-entry Pilot Project.

Pastor Charles Austin is one of the advocates with the Chicago Coalition for the Homeless (CCH) on the issue of CHA withholding housing from people re-entering from incarceration brought to light by CCH’s Reentry Committee. According to him: “After coming out from the County Jail people are suggested to rebuild their life. But it is very hard to rebuild the life without the foundation of a stable place to live. This Re-entry project can help convicted offenders find place to live more quickly.”

It was very interesting direct action. But also the debriefing led by the director of CCH: Jim Field was also very important in order to understand the process of thinking, planning and acting of community organizers. 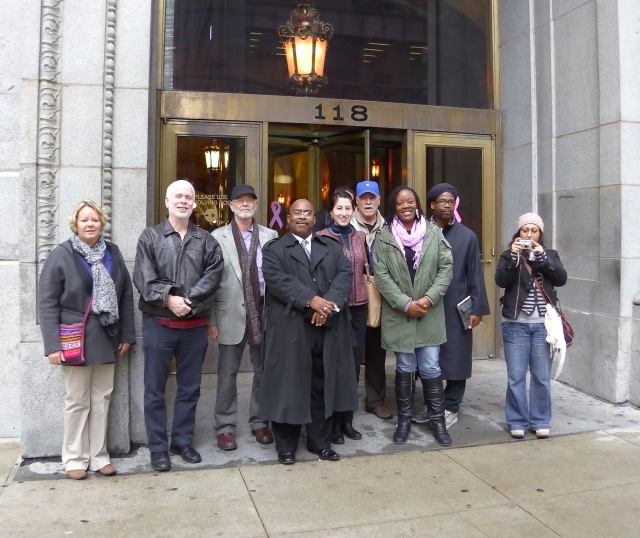 On October 18, we met these courageous women at their WINGS graduation ceremony. Their speeches were very powerful and emotional. Most of them said: “WINGS program literally saved and changed our life…” There were supposed to be up to 30 graduating women, but half of them couldn’t come – because they were in work (which is great!). 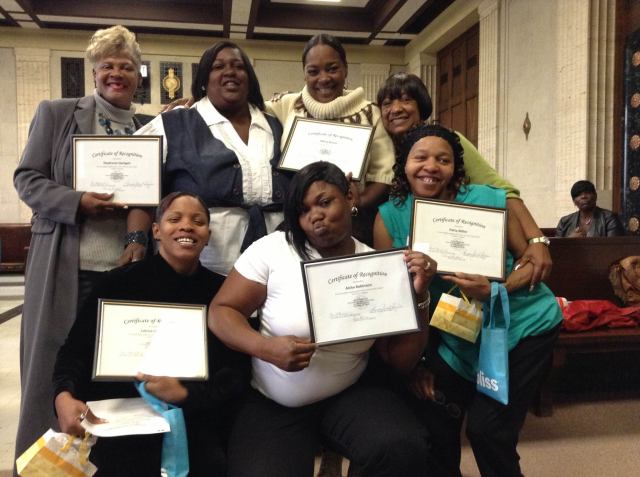 On Saturday, first day of weekend, we didn’t go to work. Instead we attended nice BBQ-party at house of Joanna Brown and Josh Hoyt house (Zsofi and Viktoria – Hungarian and Bulgarian fellows’ hosting family). Finally we were able to meet all European fellows (placed as interns in Chicago NGOs) at the same place and share our experiences together. And you bet – we are doing great! 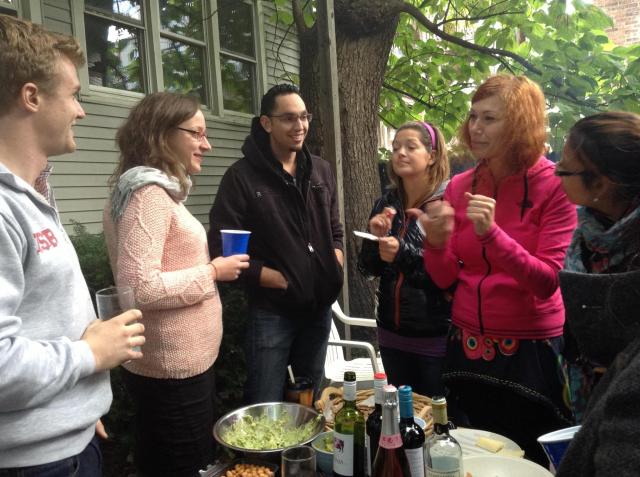